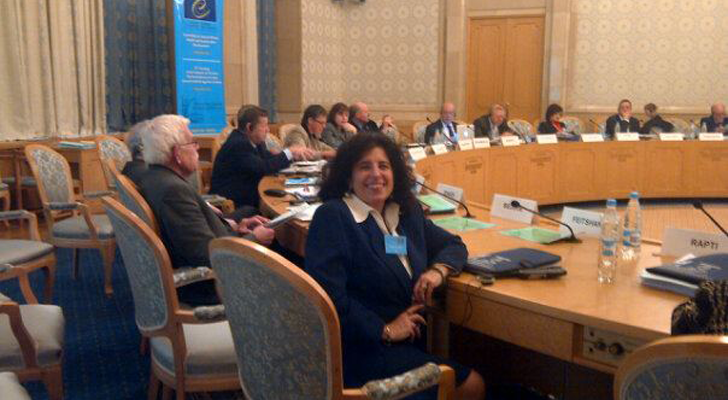 Ilise L. Feitshans, international lawyer and former international civil servant at the United Nations, Geneva, Switzerland, obtained her master of science in public health from Johns Hopkins University, Baltimore, USA, and doctorate in international relations from Geneva School of Diplomacy, Switzerland, in 2014. She is Fellow in Law of Nanotechnology at the European Scientific Institute, Archamps, France (affiliated with CERN and the University of Grenoble) and executive director of the Work Health and Survival Project. She is also a member of the US Supreme Court bar and was acting director of the Legislative Drafting Research Fund, Columbia University School of Law, New York, USA. Her pro bono activities include serving as legal advisor to the Greek National Platform on Nanomedicine, University of Aristotle, Thessaloniki, Greece, since 2015.